There is an expression in the US and part of the world that goes ‘9/11 Never Forget’. I will never forget 9/11! I remember virtually every detail of those days and the weeks that proceeded. From just after the first plane hit, until two or three weeks after the ‘event.’ Here is my tale. It started as any other ordinary day. I took a bus to commuter train (LIRR) to the NY City subway to get to work at Guardian Life Insurance. I always got in early, around 7:00 to beat the rush. I was in my cubicle probably checking email or coding when a few coworkers came and said, “Do you see the World Trade Center is on fire?” At the time, I worked in downtown Manhattan at 7 Hanover Sq which was about a half of a mile from The World Trade Center. I replied “No” and I followed the people to the other side of the building where I watched the North Tower, 1 World Trade Center, smoke from what we know now as the first plane to hit the building. We watched in awe as the building was smoking and papers were flying around like it was snow at Christmas.

We stood, the 6 of us, amazed the World Trade Center was on fire. Seventeen minutes later at 9:03 am EDT I and the six others were shocked when we saw the second plane hit the South Tower (2 World Trade Center). 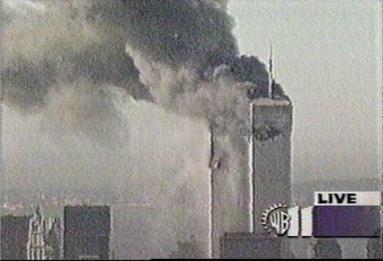 Getting Started with Dev Containers

Recently, I attended a session at DEVIntersections on Dev Containers presented by Burke Holland. Prior to attending the session, I knew of Development Contai...

This morning I was working on a blog post on getting started with Developer Containers. For this, I opened up Visual Studio Code and JetBrains Rider. Once I...

While I was presenting my workshop Building and Deploying a New Cloud App from Scratch at DEVIntersections yesterday the connection to the database kept fai...

This book is broken up into three parts. In the first part, the author defines what software architecture is and what makes a good architecture. The seco...